We get a lot of PR emails, and I tend to ignore almost all of them. They usually ask us to mention a specific announcement, event, or whatever, with no real reason for us to do so. But last week we got an email from Clara at Bordeaux Wines saying we could get free tickets (normally $60) to an event called Wine Riot, and all they asked in return is that we write about the event and mention them in the write-up. Done and done.

I don’t know much about wine. I like to drink it with food; I generally prefer reds to whites; I know two specific Italian varietals that I like, and I read the book The Billionaire’s Vinegar. That’s about it. I’ve always wanted to know more about wine, but it’s an intimidating subject. An event called a Wine Riot seemed just the right way to learn just a little bit more. 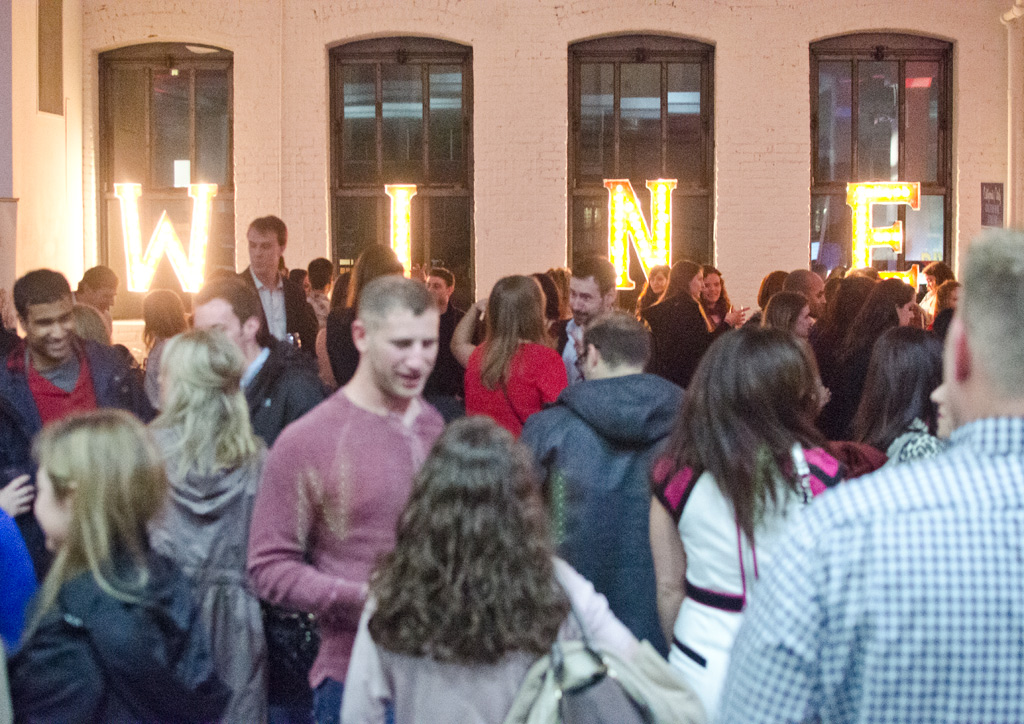 The three floors were packed with people; overwhelmingly young, seemingly affluent, and ready to drink. I immediately made my way to the Bordeaux booth, on the second floor, and met up with Clara. Although she is relatively new to the Bordeaux account she has taken the time to learn a lot about Bordeaux wines and attempted to share some of the knowledge with me. She first poured me a sample of a red, which I thought was a little too sharp and tannic. I was relieved when she made a face and said, “This needs to breathe a little longer.” She also poured me a crisp and refreshing white. Then she pulled out a smaller bottle, which she said was a dessert wine. It was a Sauternes, and Clara told me that they allow the grape to rot a bit on the vine before making this wine. This allows more sugar to form in the grape, making a sweeter product. See, I did learn something! The Sauterne had the floral syrup-like quality of lychee, and I could detect the faint flavor of over-ripened fruit — the so-called “noble rot” that Clara had told me about. She gave me a t-shirt and a press kit and turned me loose on the rest of the event.

There were vendors from all over the world, from Brooklyn to California to South Africa to New Zealand. There was also food to put a buffer between all of that wine and my bloodstream. I had an excellent cheese and nut plate from Beecher’s Handmade, and for dessert some vodka-cake batter ice cream from Tipsy Scoop. I also had a tasty bite of goat cheese from Cypress Grove. 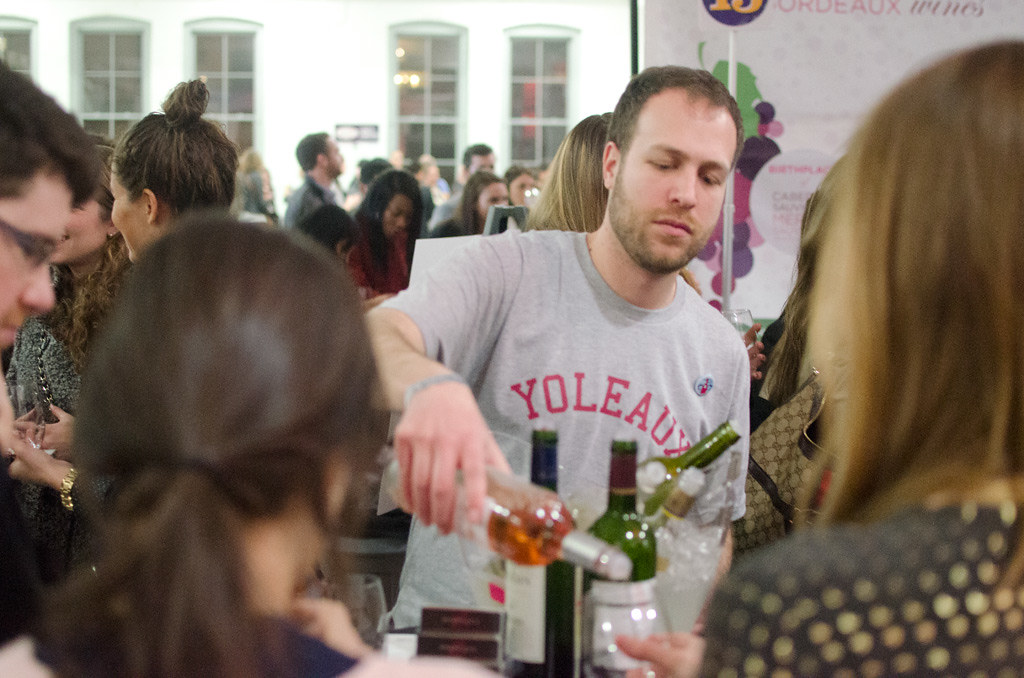 Some of the wines I tasted that I really liked: Villa Maria Pinot Noir (New Zealand), Hess SelectMalbec (California), Esporao Monte Velho Red (Portugal), Las Rocas Garnacha (Spain), Ghost Pines Cabernet Sauvignon (California again). In fact I discovered that I like almost all of the Cabernet Sauvignons I tried that night, a variety I hadn’t known I liked. I was intrigued by the mission statement of 90+ Cellars, who source wines from all over the world at affordable prices but refuse to divulge where the wine comes from. You could be getting a great bottle for a really low price, but it really is all about the flavor and not the snooty wine pedigree. Quady Winery was making some interesting wine cocktails, including a tasty one made with two different kinds of vermouth (which is itself a fortified wine).

So although I didn’t really learn any of the in-depth, insider wine knowledge, I now know more about what wines I like, which is pretty valuable. Instead of sticking with the same old wines I always order, I have a few others I can try. Thanks again to Clara and Bordeaux Wines for the opportunity.

The Organic Tour with the Gastrobus