I Found My Happy Place At Flushing’s Food Courts

Oh, hello there. It’s been a while since I posted anything on this blog, I know. It’s been since August, you say? Seems like time has been going by very quickly. In truth I’ve been very busy at work, and I’ve been feeling a bit overwhelmed. Lucky for me I recently took a few trips to the Chinese food courts in Flushing, where I got some really amazing food. Here’s the best of what I had during my recent trips. At the Golden Shopping Mall, a warren of narrow stalls with almost no English menus, I got the bowl of food you see above from what I think is the Chengdu Heaven stall. I got two different dishes — cold strips of cooked potato, seasoned with vinegar and chilies, and a seaweed salad dressed with vinegar and sesame oil. 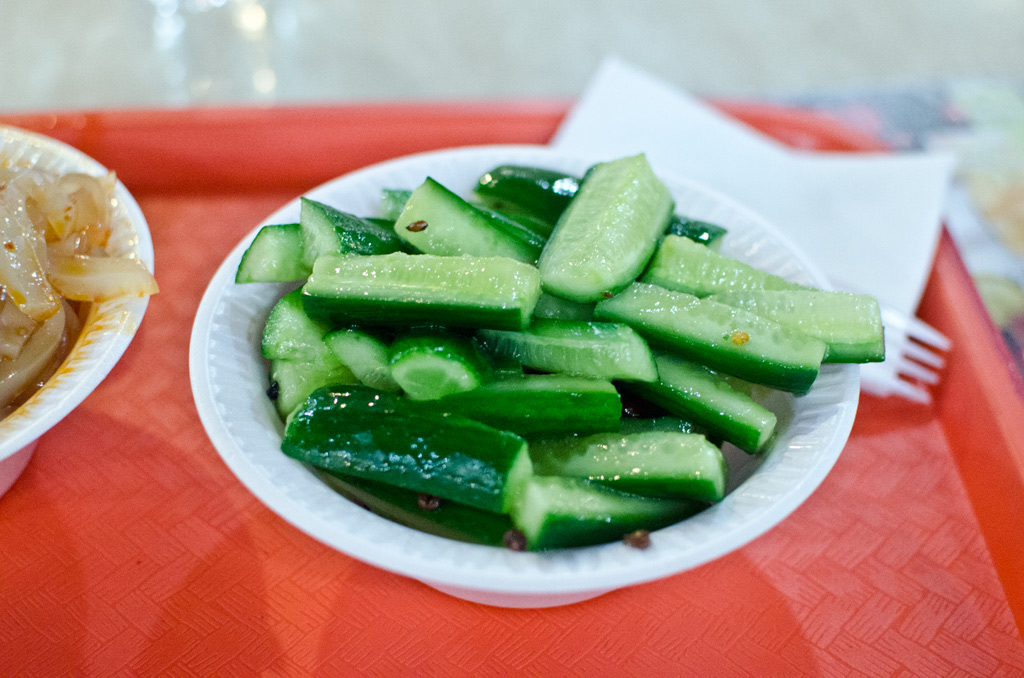 At the New World Mall food court, stall number 10 is Xiang Ba La. I was able to sample a couple more cold dishes from them: slippery mung bean jelly noodles coated in chili oil, and cucumbers dressed with vinegar, sesame oil, and a sprinkle of mouth-numbing Sichuan peppercorns. These were great compliments to each other — the heat from the noodles was nicely offset by the sharp vinegar and cooling freshness of the cucumbers. 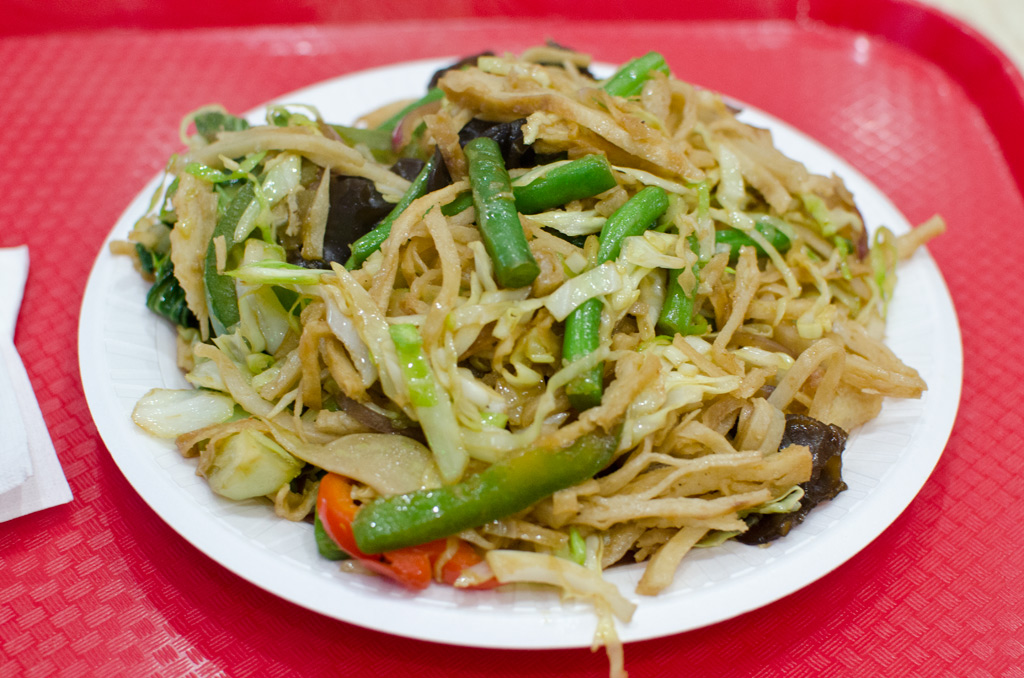 At the newly opened New York Food Court the best dish I had was from Guchun Private Kitchen, which specializes in food from Huabei, or Northern China. They use a type of Chinese pancake in many of their dishes, including this one — the pancakes are sliced into noodles and stir-fried with veggies and spices. It reminded me of a Sri Lankan dish called kothu roti I had once, but with less of an Indian influence and a lot more fresh vegetables.

The food courts in Flushing are nothing like the mall food courts I grew up with in suburban Virginia. They remind me more of the food stalls I visited in Singapore and Malaysia, but instead of a long plane ride Flushing is just a subway ride away. The food courts are also very close to Spicy & Tasty, so you can stop by to get some of their excellent bamboo shoots to go.

Thrillist’s ‘Fest of the Best

Spaghetti With Meatballs From Woorijip

Maple Syrup Good On Everything